When saving API calls into a Setup actions collection, Helios makes them easily available for you later when building tests and using those as building blocks to execute the logic you wish to incorporate.

Collect the relevant API calls from the trace menu.

Then, when building a test (from any trace) those APIs are easily accessible and can be used as a part of the test flow logic. 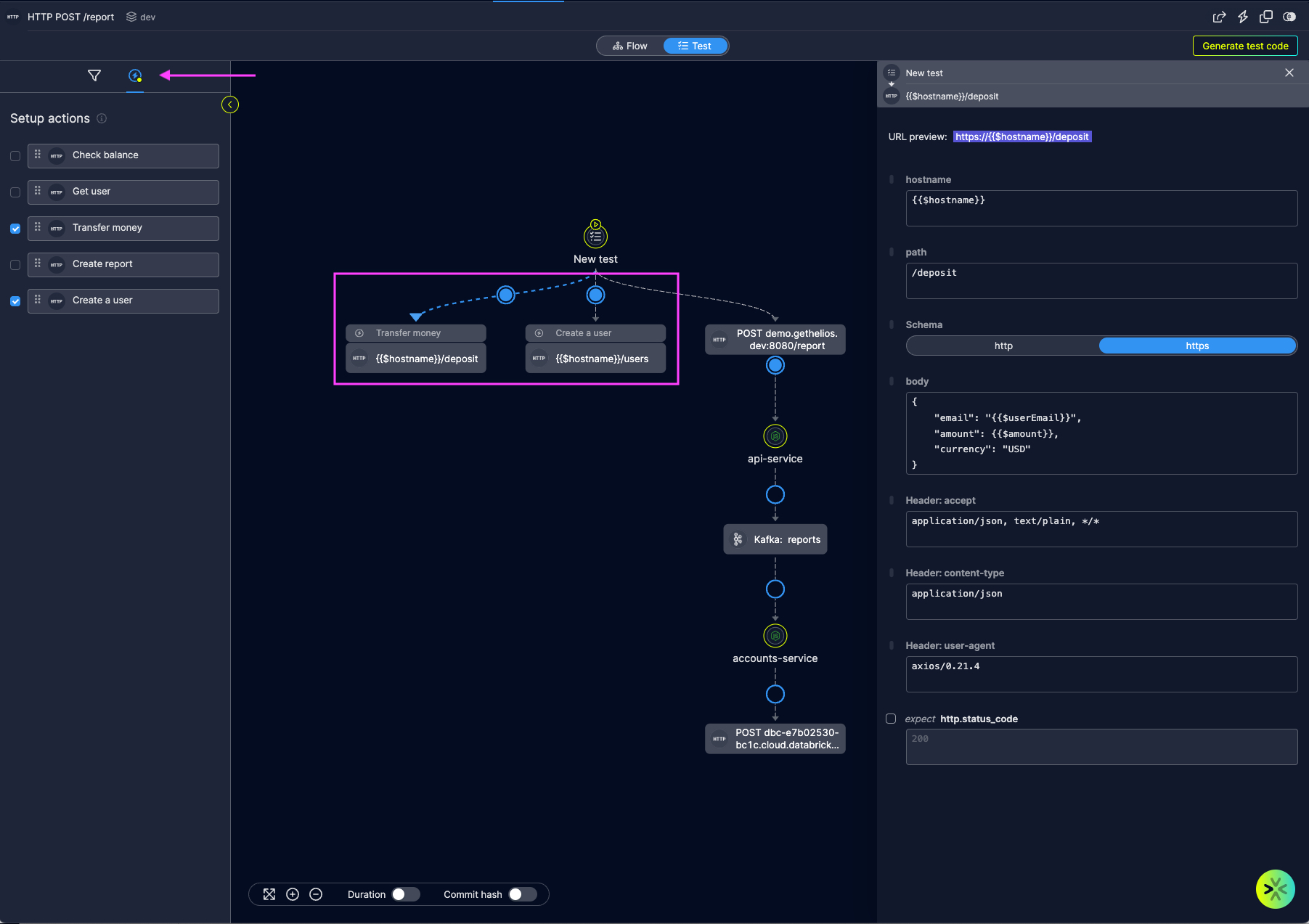 Finally, once set and configured, they will also be included of course in the test code itself, generated by Helios. 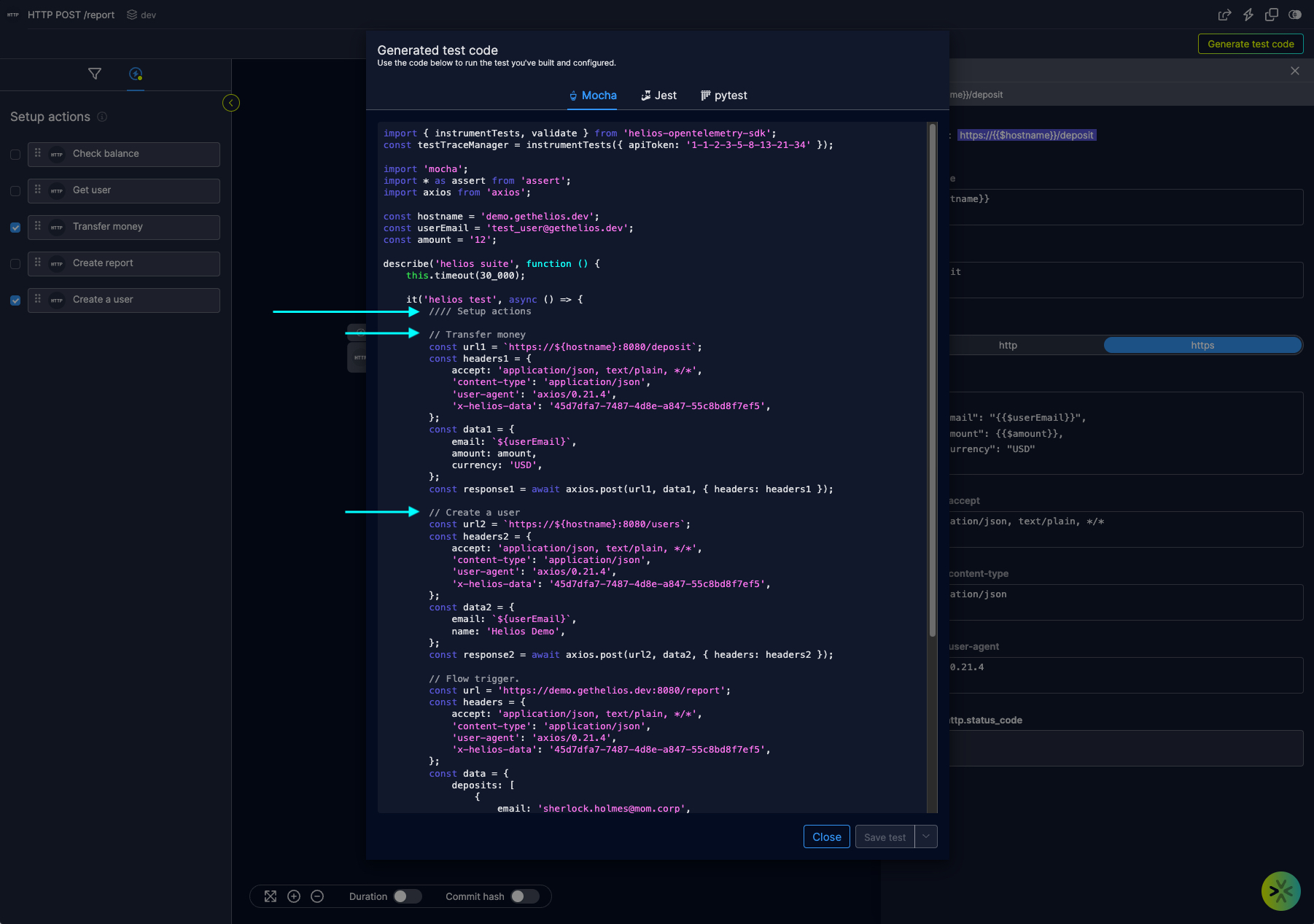